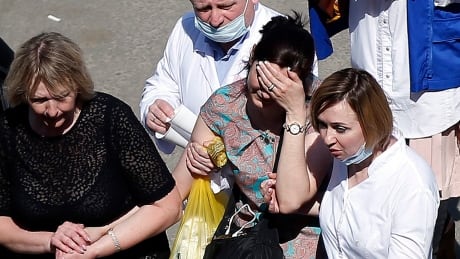 A gunman attacked a school Tuesday morning in the Russian city of Kazan, sending students running out of the building as smoke poured from its windows. At least eight people were killed in the attack — seven eighth-grade students and a teacher — and 21 others were hospitalized, Russian officials said.